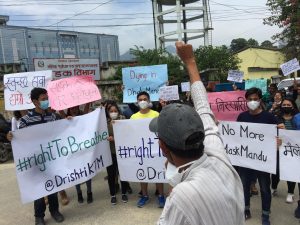 Drishti is a citizen’s movement founded by concerned residents who decided to raise their voices collectively and raise awareness about toxic air pollution in the Kathmandu valley. Since 2016, Drishti has been using Nepal Communitere as a mobilizing ground, where they host weekly meetings centred around addressing Kathmandu’s pressing air pollution challenges. This movement has also made real time data on air quality accessible to the public by posting the readings on 10+ air quality monitoring stations across Kathmandu Valley. Live results can be viewed on their website: http://drishti.live/#/

Committed to advocating for clean air, dispelling myths and exposing the realities of the serious effects of Kathmandu’s air pollution problem on the population’s health, Drishti has led multiple grassroots initiatives in 2018. On World Environment Day, Drishti organized ‘March for Clean Air’.itizens of Kathmandu walked peacefully but purposefully to the Department of Roads from the Nepal Communitere office, to demand that all roads to be paved in Kathmandu, immediately and urgently in order to reduce the dust and smog choking residents. Around 200 people, including 150 Rato Bangala School A2 students marched. Drishti demonstrators wore masks to make a statement to the DOR about how the air pollution was suffocating people to death. The Deputy General of the Dept of Roads publicly agreed to hold a meeting with all the key decision makers on Monday, June 11th to insure all roads are paved.

This was followed by a town hall meeting in May with Lalitpur’s mayor to come up with solutions for Lalitpur’s worsening air quality. The goal was to brainstorm actionable solutions that could be promoted and enforced by the mayor’s office. Issues and initiatives  brought up were mostly centred around creating a walkable or cyclable city, reducing vehicle emissions and dust, as well as the proper collection and management of solid waste. The group also emphasized the general deleterious health effects of air-pollution that more and more Lalitpur residents were battling with. The Mayor was optimistic after the first civic meeting, and stressed the need for support from citizens to be able to achieve a breathable and livable Kathmandu.

In 2019, the group is looking forward to rolling out a series of awareness campaigns that involve schools and high school students to spread the word about Kathmandu’s worsening air quality and inciting a greater call to action.

Congratulations to Drishti for a revolutionary year! We hope to keep working with you as you mobilize people and organize a movement that directly impacts the nearly 3 million people living in Kathmandu. 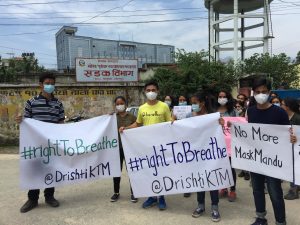 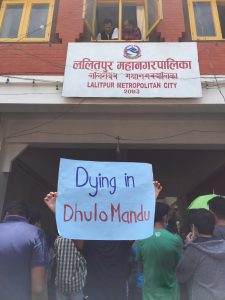 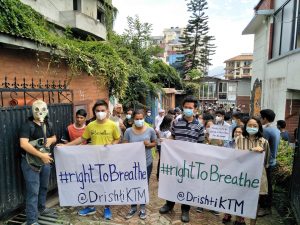 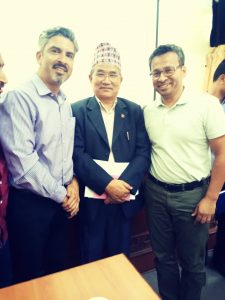 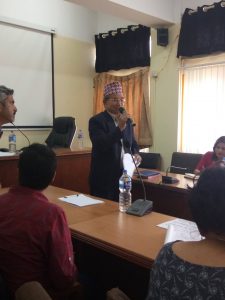 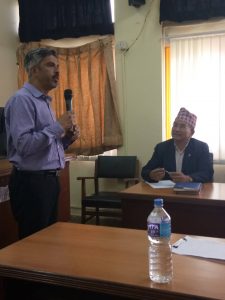